History of the „Götzinger Höhe“
in Neustadt in Saxony

As much as the "Götzinger Höhe" is visited by hikers and excursionists today, the mountain was still avoided 300 years ago. The sight of it gave many people the shivers and creeps, as the elevation above the Neustadt valley served as a place of execution for criminals.

The gallows, which are clearly visible from Neustadt, eventually led to the name "Galgenberg" (gallows hill).

When the Seven Years' War ended in 1763 with the signing of the Peace Treaty of Hubertusburg, the people of Neustadt planted eight lime trees on the summit. Their crowns soon united to form a small group of trees that could be seen from afar and gave the mountain the name "Achtlindenberg".

The name was soon forgotten when the mountain was given its present name "Götzinger Höhe" around 1880. The name was intended to honour Magister Wilhelm Leberecht Götzinger, who not only made a name for himself as a Neustadt priest, local chronicler and mineralogist, but above all as the explorer ofSächsischen Schweiz.

In 1883, the Neustadt Mountain Club under the leadership of Julius Mißbach built the iron lookout tower,
25 m high, which was inaugurated on 9 September of the same year with a special memorial stone.

At the same time, the Neustadt Mountain Club opened a comfortably furnished restaurant in 1883, which also served as a clubhouse. In 1926, to the delight of many Neustadt residents, the toboggan run still located on the western steep slope was built by the town.

The "Götzinger Höhe" with its lookout tower and the mountain restaurant was a popular destination for many
generations and, for the people of Neustadt, simply their beloved "local mountain". This did not change when the aging restaurant was demolished in 1996 and today's mountain inn was built on the edge of the summit in 1997.

Since 2018, the "Götzinger Höhe" has belonged to the CTI Neustädter Stiftungsverwaltung GmbH,
which is always renovating with great attention to detail and is very interested in supporting and promoting regional development and associations. The "Götzinger Höhe" is run by Neustädter Berggasthöfe GmbH in the usual tradition and quality. 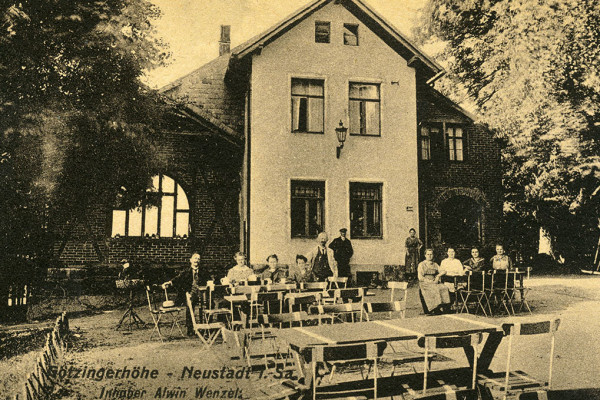 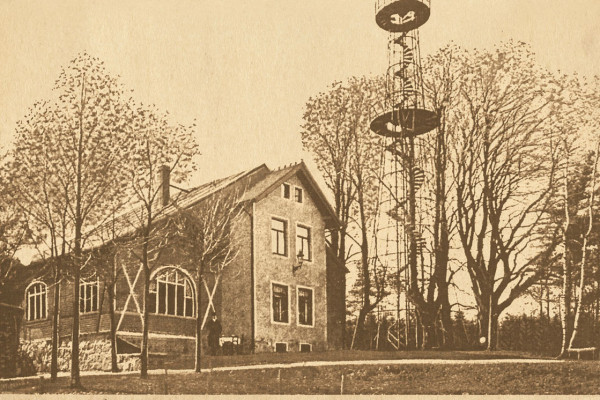 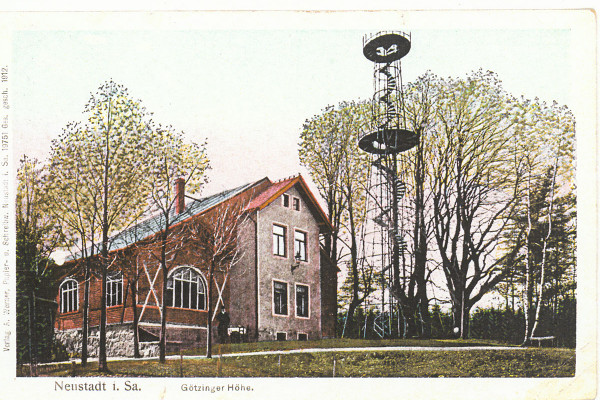 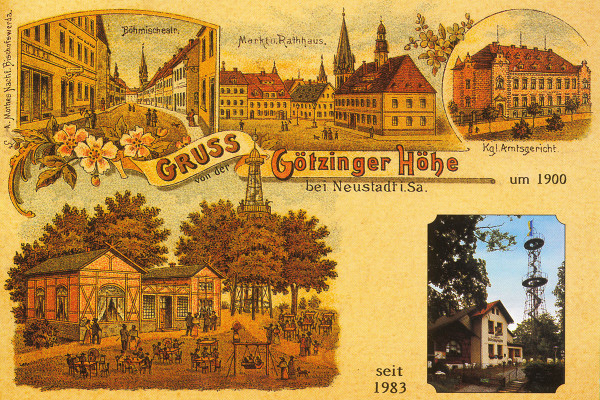 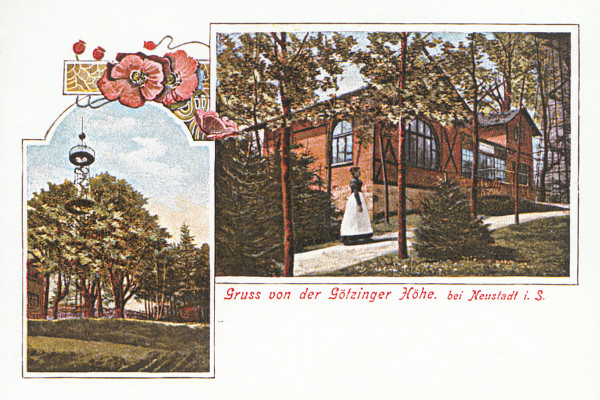 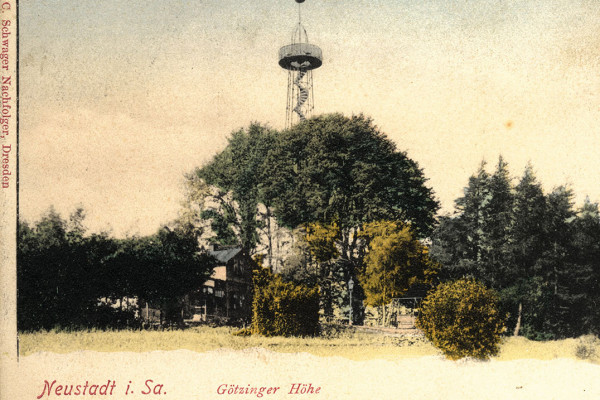 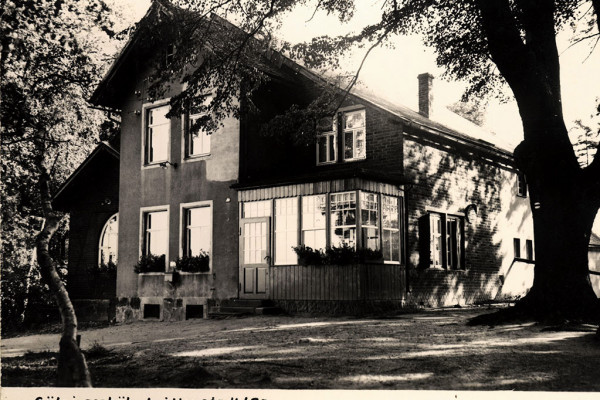 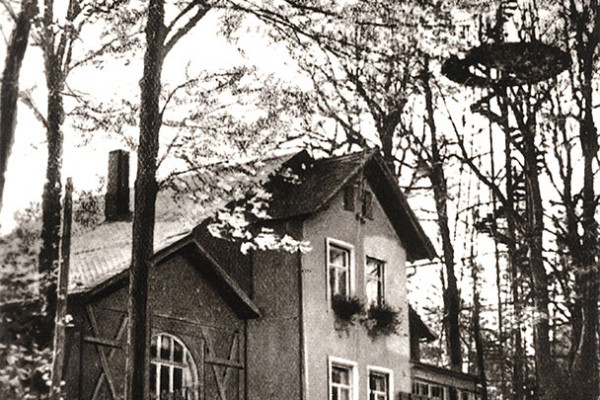 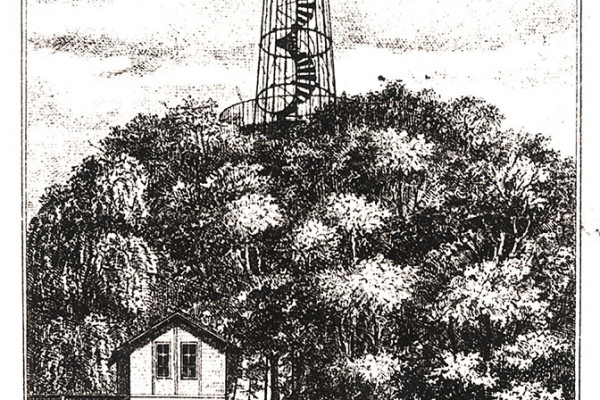 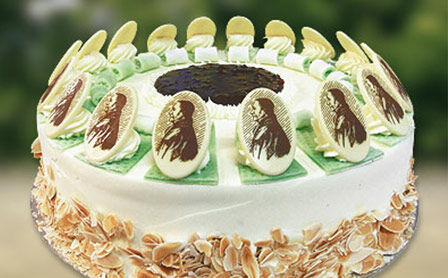 A feast for the palate with roasted almonds, marzipan, jam, white chocolate and only available from us. 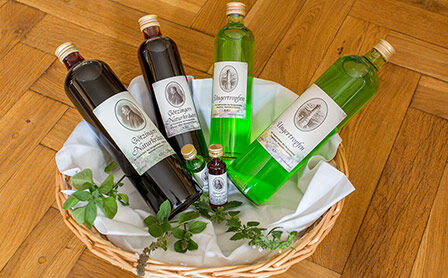 Our recommendation - the herbal liqueur only available from us Herbal liqueur, which you can take home as a souvenir in various bottle sizes. 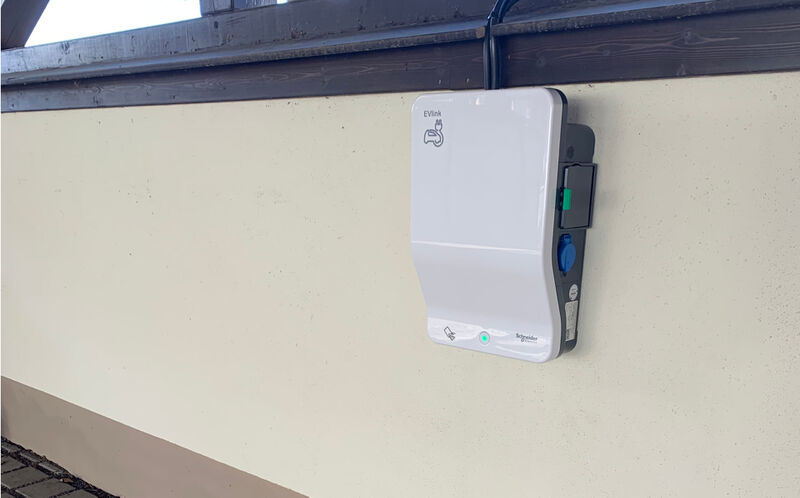 We give you power - charging station for your electric vehicles

Reserve your place at the charging station when you book